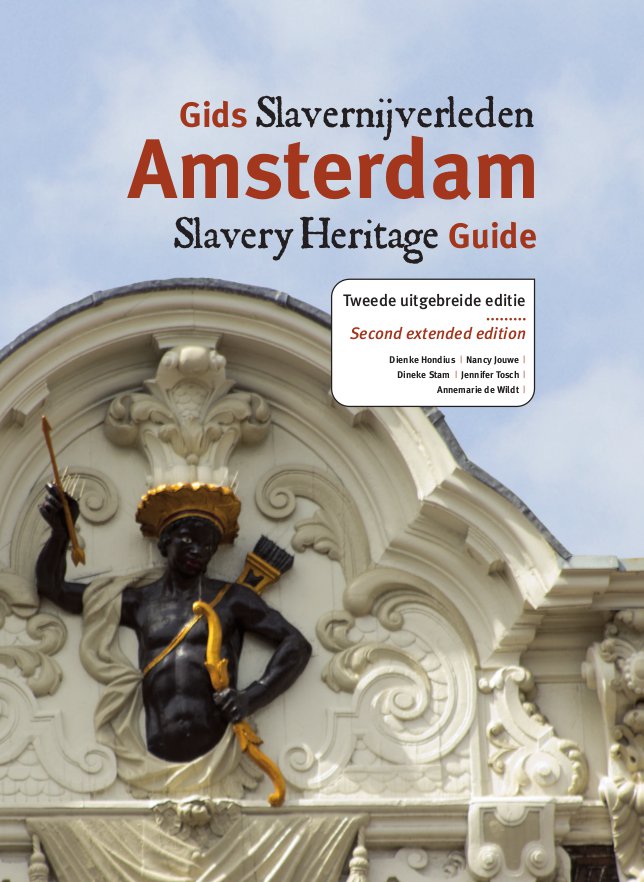 As part of the research project Mapping Slavery (Vrije Universiteit Amsterdam), the Amsterdam Slavery Heritage Guide was published in 2014.

Never before has a single guide listed so many locations in Amsterdam which were directly or indirectly connected to Dutch slavery heritage. This 138-page bilingual guide gives an account of the Amsterdam slavery heritage based on extensive research in more than a hundred locations. Dienke Hondius was one of the authors closely involved in its creation.

Discover slavery heritage by yourself
The guide is meant for anyone with an interest in history, slavery heritage and stories about the city, enabling one to travel back and forth in time between the seventeenth century and the present. One discovers how some locations were directly – and others more obliquely – connected to slavery trade and the heritage of slavery. As there is no set route to follow, one can start walking (or cycling) at any of the locations on the map. On each page locations are numbered for reference on the accompanying map.