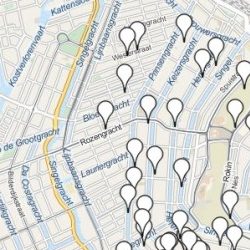 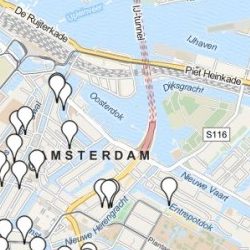 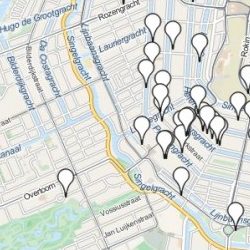 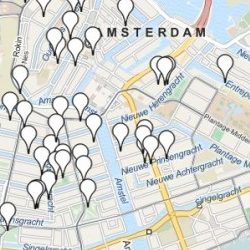 In the first week of April, Mapping Slavery NL together with LM Publishers will launch a new book, entitled ‘Gids Slavernijverleden Nederland | Guide The Netherlands Slavery Heritage’. The official launch of the book will take place on Friday April 5th, 4 PM, at the National Archives in The Hague. This bilingual guide (Dutch and English)

This message is only available in Belanda For the sake of viewer convenience, the content is shown below in the alternative language. You may click the link to switch the active language. Op 24 november 2018 plaatste Mapping Slavery NL in samenwerking met de gemeente Utrecht markeringen in de openbare ruimte, die verwijzen naar het

This message is only available in Belanda For the sake of viewer convenience, the content is shown below in the alternative language. You may click the link to switch the active language. Het Nederlandse koloniale verleden inclusief het slavernijverleden worden nauwelijks gezien als integraal onderdeel van de Nederlandse geschiedenis. Bovendien is het een verleden waar we

The Slavery Heritage Guide opens a new Amsterdam before our eyes. It is an Amsterdam both fascinating and troubling, as the Guide shows us the locations from which the Dutch slave trade and plantation economy in Batavia, Suriname, and beyond were engineered; the products and profits they yielded; and the traces of the Black presence in Amsterdam itself. As a historian, I am grateful to the Slavery Guide for showing us how the city itself yields sources as precious as those in libraries and archives. Bravo to the authors for this new pathway to the past!

So much useful information

There’s several things I love about the Mapping Slavery Project.
It contains so much useful historical information. I was only familiar with the fact that slave-owners in certain US contexts had been receiving indemnities for the loss of their slaves through abolition. It was through your book that slave-owners in a Dutch context were also receiving indemnities for their lost slaves, that it began to dawn on me, that it was a practice that happened internationally.
The other thing is that it talked about events that we were just never exposed to before, so for instance I read for the first time about the slaughter of the Banda people. The idea that these people were massacred for their nutmeg to monopolize the trade was fascinating to me, I didn’t know that that happened and I was completely disgusted by the fact that people were being killed for spice. It sounds like something out of a science fiction horror movie.
And then it occurred to me that it’s the sort of project that has legs in the you can do it anywhere that has a slavery heritage as an educational tool. So, if we can do it, why aren’t we doing it?
Especially being in a place like New Orleans, that has this very sordid slavery history which is for the most part being surpressed and ignored in a public way. I really feel that way.